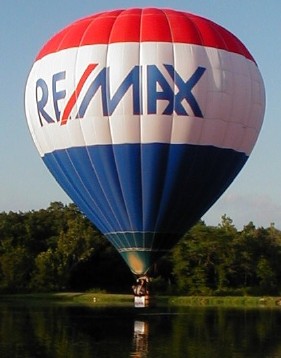 DENVER, CO – For the 10th time in 14 years, global real estate franchisor RE/MAX, LLC has been recognized as the highest ranking real estate company in Entrepreneur magazine's 34th annual "Franchise 500." RE/MAX has now earned the year's number one ranking in the industry's two most respected franchise surveys. With an increasing agent count and a recent expansion to 5 countries including China, RE/MAX continues to grow, with an unequalled presence in more than 85 counties around the world.

"Being recognized as the number one real estate franchise is a great honor, especially now as consumers are regaining confidence in a recovering housing market," said Margaret Kelly, RE/MAX CEO. "Our agents and offices are the industry's most productive performers and that's why a RE/MAX franchise has so much value."

Also listed in the Franchise 500® were respected firms like McDonald's, 7-11, Pizza Hut and Intercontinental Hotels. All companies in the Entrepreneur ranking are evaluated by the same criteria, including financial strength and stability, size, growth rate, startup costs and financing options. An independent CPA firm analyzes the financial data and assigns a cumulative score. The Franchise 500 is the oldest survey of its kind and considered among the most prestigious franchise rankings in the world.

RE/MAX also earned the #1 real estate ranking in the Top 200 survey as published in the October edition of Franchise Times magazine. The 2012 survey marked the 4th year in a row RE/MAX has held the top position. RE/MAX was named one of the "Top 50 Franchises for Minorities" by the National Minority Franchising Initiative through the World Franchising Network. The sixth annual survey in 2012 judged franchisors on their commitment to the recruitment, inclusion and ongoing support of minorities.

"We're fortunate to have the very best brokers and agents in the business and proud to provide them with innovative tools that make the home buying and selling process more efficient," added Kelly.